David is a Partner in our Dispute Resolution & Litigation team

David is a Partner in our Dispute Resolution & Litigation team dealing with disputes relating to commercial contracts with a particular emphasis on financial services disputes.  He has over 25 years’ experience and has been involved in a number of high profile cases.

An accredited mediator, David is highlighted by industry guides as a leading dispute lawyer representing a range of clients from private individuals to national companies and public sector bodies.

David has been recognised as a leading individual practitioner by both the Legal 500 and the Chambers Guide to the Legal Profession for a number of years.  He has been praised for being “absolutely first rate”. 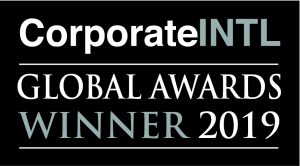 Business interruption insurance – am I covered for closing due to COVID -19?

Many businesses take out an insurance policy which usually covers the building itself for physical damage such as a fire as well as other damage and theft. But these insurance policies can also extend to various other add-ons.  You probably remember only too well...

Litigation Partner, David Turner, looks at NDA’s and these issues.

What is an NDA?

NDAs are sometimes known as “gagging orders”; in legal practice they are usually described as “confidentiality clauses”.  In employment law they routinely form part of Settlement Agreements.

When have they been used?

Diary of a Civil Litigator during Lockdown

David Turner a Partner in Kitsons Dispute Resolution & Litigation team, talks about his experience as a Civil Litigator during Lockdown. David ...

What you have said about working with David...