Home> News & Insights>News>Kitsons win at the Court of Appeal as Positive covenant to fence was not a fencing easement.
Litigation
Back to results

Kitsons win at the Court of Appeal as Positive covenant to fence was not a fencing easement.

Kitsons property litigation team led by Partner James Cross have been successful in acting for a Golf Club in a case which attracted national interest for property lawyers.

The Court of Appeal has held that a fencing covenant in a conveyance did not take effect as an easement. It was a positive covenant and, as such, could not bind successors in title.

The tenant of a farm (H) brought proceedings against the tenant of the adjacent golf club (C), alleging that his farming operations had been adversely affected by their failure to maintain an effective fence or hedge along the boundary.

A 1972 conveyance of the golf club land contained a covenant by the purchaser to:

“maintain and forever after keep in good repair…stock proof boundary fences walls or hedges along such parts of the land…as are marked T inwards on the plan…” (Clause 2).

At a first appeal The High Court held that Clause 2 created a fencing easement, which bound and was enforceable against C as tenant of the servient tenement. Although it was established that fencing easements could be created by prescription or the doctrine of lost modern grant, this was the first example of an express obligation in a conveyance being held to create a fencing easement.

Kitsons advised to appeal the decision to the Court of Appeal instructing Joanne Wicks QC of Wilberforce Chambers and Malcolm Warner of Guildhall Chambers arguing that Clause 2 was simply a positive covenant to fence, not an easement. In any event, it was not possible to create a fencing easement by express grant.

James Cross, partner with Kitsons Solicitors said: “Churston Golf Club is a great golf club enjoyed by its members and never wanted to end up being quoted in law reports. A sizeable claim for damages and arguments over construction of a conveyance led to unwanted legal action and legal notoriety. I am delighted that having beaten off the unsubstantiated damages claim the Court of Appeal have restored sense to what was a standard fencing covenant and not binding on the Club as a successor in title. The normal business of the Club can now be resumed. The committee and members have been a great client throughout this protracted case and I wish the club all the best for the future”

On the 3rd April 2019 handing down its judgement The Court of Appeal allowed the appeal (Patten LJ giving the leading judgment).

The 1972 conveyance was professionally drafted and the words used should therefore be given their conventional meaning (Arnold v Britten [2015] Ac 1619). There was no justification for construing Clause 2 other than as a positive covenant to fence, which was incapable of binding successors in title without a chain of indemnity covenants. 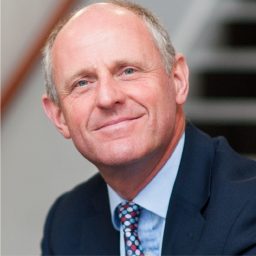 James is a Consultant Solicitor in our Litigation team

From 1st June 2021, the Coronavirus Act 2020 Notice Regulations will reduce the required notice periods for most residential possession ...

Kitsons property litigation team led by Partner James Cross have been successful in acting for a Golf Club in a ...