Following on from the Yorkshire Three Peaks Challenge in July, Joel Derman, Craig Roberts and Charlie Siegle from Kitsons took on the National Three Peaks challenge on the 15th of August, with the aim of climbing Ben Nevis, Sca Fell Pike and Snowdon in under 24 hours.

At 3am in complete darkness at Sca Fell Pike wearing head torches and with steep steps seemingly rising forever they had their doubts that they could complete the challenge. Joel and Charlie almost cracked. Craig just carried on untroubled, living up to his “terminator” nickname.

In the end they made it off Sca Fell Pike and completed the challenge in 21 hours and 35 minutes.

Many thanks to Scott Group/Thrifty in Exeter for providing the transport for the trip and we are delighted to confirm that through their efforts Joel, Craig and Charlie have raised an additional £1,000 for Diabetes UK to add to the £5,000 raised from the Yorkshire Three Peaks Challenge.

Charlie and Craig are already planning a challenge for next year. Joel is now semi retired. 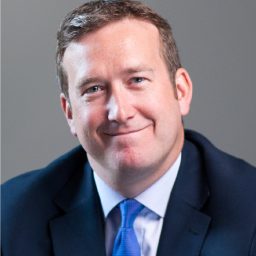 Charlie SieglePartner and Head of Probate and Estate Planning

Kitsons are delighted to be ranked highly in the Chambers High Net Worth (HNW) guide.

The private client team based in Plymouth, Exeter and Torquay, have been ranked band two for private wealth law in ...

The Exeter Curry Club continued its fine run, with another great meal and evening. This time Kitsons and guests visited The Bay ...