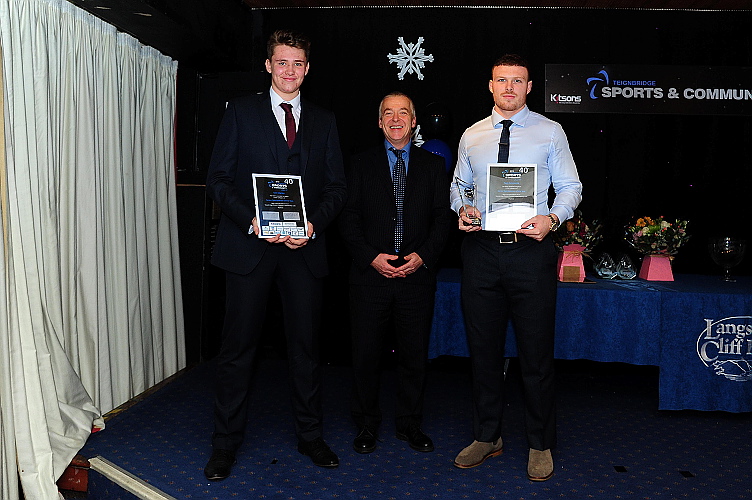 A whirlwind couple of years has seen Sam cement his place in the Exeter Chiefs first team and he was part of the 2017 Premiership winning team. A series of impressive performances led to Sam being called up to the England team and making his Six Nations debut earlier this year, scoring two tries for his country in a man of the match performance. Sam made it another double success as he was presented with the Senior Sports Person of the Year and Overall Sporting Champion awards.

Amber was recognised for being a role model to her peers and younger students at South Dartmoor College. Having started with the ‘Girls Active’ programme of work, Amber has progressed to being involved with work as an Ambassador for Active Devon’s ‘Devon Girls Can’ initiative. Her nomination speaks of Amber using her personal experiences to support and guide others into leading a healthy active lifestyle. Amber was recognised for her enthusiastic and positive attitude by winning the Young Persons Services to Sport and/or Community award along with the Overall Community Champion award.

Volunteering in Health support lonely and isolated people in Teignmouth and Dawlish. They have nearly 200 volunteers who drive people to medical appointments, visit or phone lonely people at home as befrienders, and help out at memory cafes and fundraising events. In the last year they have started a Trim Teign programme which anyone can join and the charity also works closely with Shaldon School, matching year six pupils with lonely elderly people to become pen pals.

South West Underwater Hockey’s U12 title winning achievements at regional and national level saw them crowned the People’s Champion at Teignbridge’s Sports and Community Awards 2018. The climax of an exciting night celebrating sporting and community achievements, the People’s Champion was decided by an online vote leading up to the awards and on the night. South West Underwater Hockey U12 won both the National Regions Championships plus defended their total as National Club U12 Champions.

The Lifetime Achievement Award recognised the services, commitment and enthusiasm of Janice and Mike Hindle at Newton Abbot Athletics Club. Popular figures in the local community and helping young people for nearly 30 years, they attend every training session throughout the year and also find time to officiate at athletic events across the country. Their nominee spoke of a club commitment which is astonishing and an enthusiasm which rubs off on all the young people.

Teignbridge is proud of its long-term commitment to provide opportunities for healthy active lifestyles, outlined in the Council’s Ten Year Strategy. The wide range of leisure facilities, open spaces and events accessible to communities show that Teignbridge understands the importance of offering an array of inclusive and award-winning leisure, sports and open space facilities that benefit local people.

Kitsons Solicitors were the headline sponsor for the fifth year running and many other well-known and established businesses sponsored categories. Other key partners were the Mid-Devon Advertiser, Ripple Events, Pinnacle Photo Agency and radio and television presenter Ben Moseby.

A raffle on the night raised £320 for the Council’s Chairman’s Charity, which this year has been chosen by Cllr Avril Kerswell as the Dartmoor Pony Heritage Trust and Moorland Community Care Group.

Event organisers would like to thank everyone who was involved with making this year’s awards such a great success and a highlight on the Teignbridge calendar.

The winners and finalists were:

Coach/Manager of the Year Award – sponsored by Bayside Signs & Display

Junior Sports Person of the Year – sponsored by Teignbridge Leisure

Senior Sports Person of the Year – sponsored by Peplows Accountants

Business Contribution to Sport and/or Community – sponsored by Pavey Group

Charity Contribution to Sport and/or Community – sponsored by Waggle Events

Cllr Phil Bullivant, Teignbridge District Council’s Executive Portfolio Holder for Recreation and Leisure said: “The reputation of our Sports and Community Awards is growing every year. In Teignbridge we have a wide range of success stories that make us a proud to live here. Sponsors and winners alike came together for an evening dedicated to those in our community who achieve personal success on the sports field and those who help deliver support to their local communities. The range of activities represented in the awards were impressive and thoroughly well deserved by all. On behalf of Teignbridge District Council I congratulate all of those who took part, I thank the organisers and sponsors who made the evening possible and I look forward to next year’s event.”

Nick Johnson, Joint Managing Partner at Kitsons, said: “It was an honour to be part of such a wonderful event as the headline sponsor for the fifth year running. Hearing such positive stories of sporting successes and achievements in our local community over the last twelve months was a privilege and delight.”