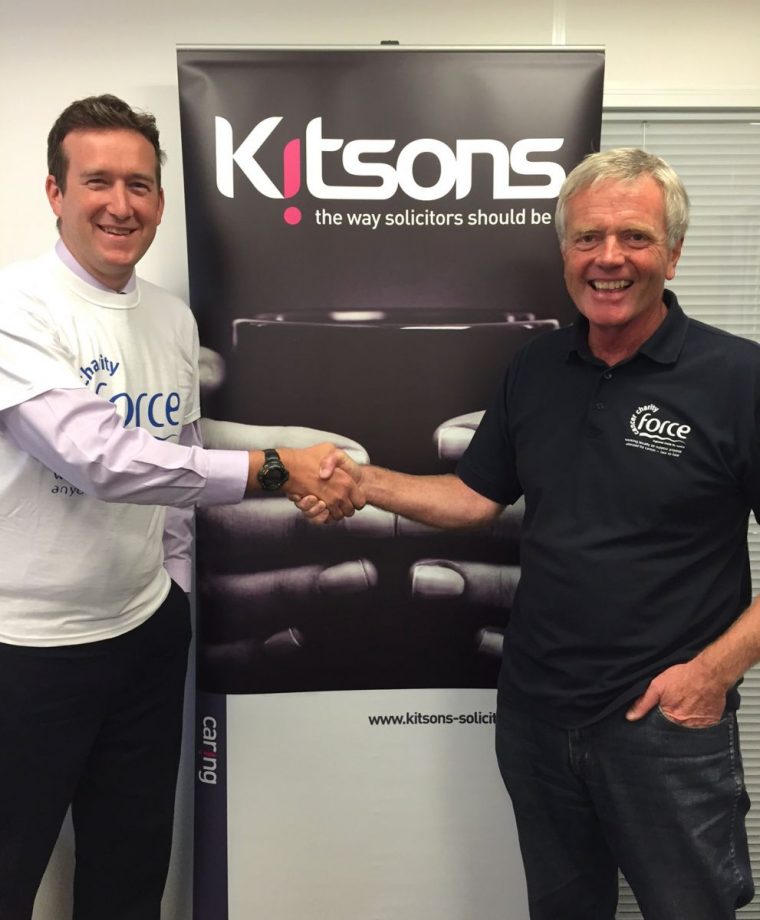 Devon law firm Kitsons has teamed up with FORCE Cancer Charity to offer supporters the opportunity to make or update their Will, in return for a donation to the charity.

Through the scheme, for every new Will completed by the Private Client Team at Kitsons Solicitors in Exeter, the firm will donate a proportion of its fees for those Wills to FORCE.

The Will Scheme for FORCE will start on Tuesday 1st September 2015.

Charlie Siegle, Partner and Head of the Kitsons Private Client Team in Exeter said: “Making or updating a Will can be easy to put off or overlook but it is vital to have a properly drawn Will which deals effectively with your estate after your death and accurately reflects your wishes. By taking part in our Will scheme in association with FORCE, you not only gain peace of mind that your affairs are in order, you will also be helping support the excellent work of the charity which provides invaluable support and treatment to local people affected by cancer.”

Julia Pitts, FORCE Chief Finance Officer said: “A gift in a Will to FORCE allows us to plan for the future which is so important. FORCE relies 100% on support from the community for our funding and we would like to take this opportunity to thank Kitsons for promoting the work of FORCE and offering to support our fundraising endeavours.”

FORCE is a Devon based charity committed to supporting anyone locally affected by cancer. The charity has been in existence since 1987, funding local research, equipment and the FORCE Cancer Support Centre on site at the RD&E in Exeter. The Centre is open every week day for people needing physical, emotional, psychological and practical support at a difficult time in their lives. In 2014 FORCE also launched outreach services in Okehampton and Tiverton.

For further information on the scheme, or if you have any related queries, please contact Charlie Siegle at Kitsons on 01392 455555 or at charlie.siegle@kitsons-solicitors.co.uk quoting “FORCE Will Scheme”.