The event, which was held at the Riviera International Conference Centre, raised a total of £1,000 for Torquay based charity, Hele’s Angels.

James Cross, Managing Partner at Kitsons said: “We’ve been running our annual charity quiz event for seven years and they’ve always been extremely well supported. It’s a fantastic way for local businesses to come together, support a good cause and to have fun at the same time. I would like to thank everyone who attended, donated and contributed so generously to the event. We hope to see you all again next year!”

Hele’s Angels is the community partnership for Hele and Lower Barton in Torquay. The charity works closely with local churches, community centres and organisations such as the police and local councils.

Kerri Underhill, Office Manager at Hele’s Angels said: “We would like to say thank you for the tremendous work Kitsons put into this event to raise money for such a worthy cause. This funding will help us continue the much needed services Hele’s Angels provides for our local community to better their future.” 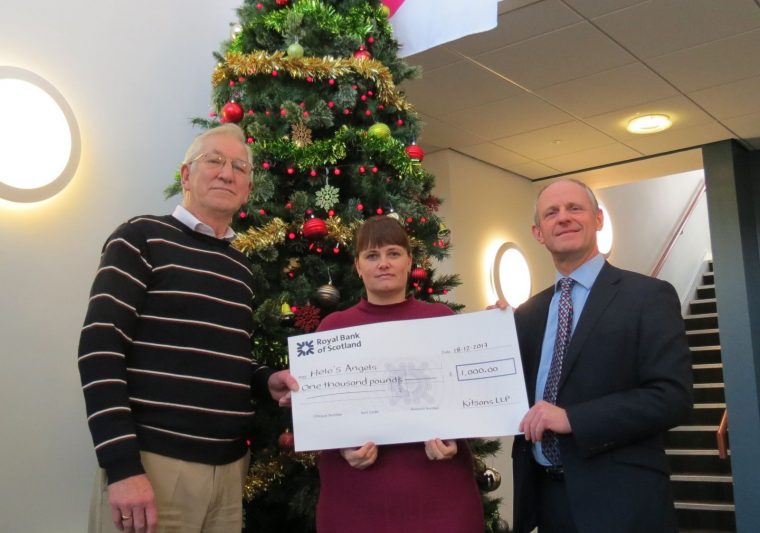