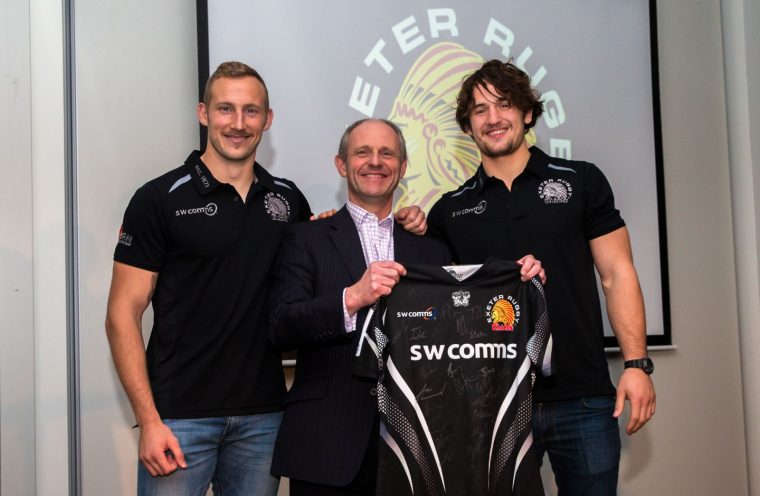 The Exeter Chiefs hosted the businesses, individuals and organisations who provide vital sponsorship for the Aviva Premiership Club.

And there was an unexpected twist when two of the players ousted from the stage head of corporate at the club, John Wood, to take over presenting duties.

Damian said: “We felt it was time to make the evening a bit more interesting and give the audience a bit more of a behind the scenes insight into the changing room banter that normally fills our days.”

And with the Chiefs flying high at second in the league, having won their last three fixtures, there was an air of excitement about the season ahead.

Along with the entertainment the guests were treated to a buffet meal as a thank you for their support.

Mr Wood said: “Sponsors are vital to the success of the club and the players love meeting them and get to know them better.

“Our backers are also fans and so this is a way of us showing our appreciation.”

And on whether it was time for him and his colleague, Chris Bentley, to hang up their presenting boots, he added: “Admittedly they were good, but maybe not that good”.

Among the businesses attending the event was James Cross, Managing Partner of Kitsons Solicitors.

James Cross said: “It’s great to sponsor a local sports club and enjoy the success they’ve had. We sponsor two players – Michele Campagnaro (Centre) and Byron McGuigan (Outside Centre/Winger) – and are really looking forward to supporting them in the matches this season.”