Claims made under the Inheritance (Provision for Family and Dependants) Act 1975 always have a high human interest factor and none more so when they are both high-profile and high-value, such as the claim by Thandi Wooldridge against the estate of her late husband, building tycoon Ian Wooldridge.

Mr Wooldridge died in a helicopter crash in 2010, reportedly leaving an estate valued at £10 million.  Out of this, Mrs Wooldridge received the family home of Glanfield Manor in Surrey (valued at £4.25 million) and other assets valued at around £1.6 million.

However, Mrs Wooldridge then made a claim for a further £3.75 million on the basis that she did not have enough to maintain the lifestyle she had become accustomed to during the marriage and that she required a further £372,000 a year to cover items such as holidays, luxury cars, social events, clothes, jewellery and entertainment.

But is this claim as outrageous as it sounds?

Mrs Wooldridge stated in court that she and her husband had discussed his (homemade) will when it was drafted; however most of the assets left to her had either been worth less than expected or been depleted by existing debts.  Mr Wilson further argued that as the value of Glanfield Manor, which the couple built themselves, had risen dramatically, this gave a distorted view of Mrs Wooldridge’s assets on paper, yet did not provide her with liquid capital on which to live and maintain the property.  In addition, it was argued that further financial provision to Mrs Wooldridge would eventually filter down to the couple’s son, Rhett.

Mrs Wooldridge’s stepson, Charlie Wooldridge, opposed the claim. Penelope Reid QC representing Charlie reasoned that such a large payout may have been reasonable if the estate had been significantly larger but in this case there was a “finite pot”.  Mrs Reid argued that Mrs Wooldridge’s request for further monies would put the commercial “dynasty” that Mr Wooldridge intended to set up for the benefit of his two sons at risk.  In essence, that Mr Wooldridge’s sons’ future was tied up inextricably with the continued success of the business and that a payment of additional monies to Mrs Wooldridge would put the business at risk.

Judge Karen Walden-Smith, sitting in the Central London Family Court on 12 February 2016, rejected Mrs Wooldridge’s claim, saying that:  “Thandi has not established, in my judgment, that the will fails to provide her with sufficient financial provision to meet her needs.”

So what can we learn from this case?

Whilst it might sound outlandish when we are talking about such large sums of money, there is no objective standard for what constitutes reasonable financial provision.

In the case of a spouse, the court should not look at what is strictly required by the widow(er) for their maintenance but rather what it would be reasonable for them to receive in all the circumstances – a far more generous standard than for any other category of claimant.

The court takes into account many factors, including the size and nature of the estate, the lifestyle of the claimant and provision (if any) already made for them, the needs of other beneficiaries and potential claimants, the duration of the marriage and, crucially, what the spouse would have likely received had the marriage been terminated by divorce rather than death (usually expected to be – but not strictly limited to – at least half of the couple’s assets, unless there is a good reason to depart from this).

Therefore, there is no reason why a particularly luxurious lifestyle should be treated any differently.

In this case, however, the balancing factors were that the estate is limited to a £10 million ‘pot’ – not necessarily an extravagant sum in this context – and also that both Charlie and indeed Rhett’s needs, as Mr Wooldridge’s sons, may compete with those of Mrs Wooldridge (Rhett was represented separately in court for that reason).  Mrs Wooldridge also has her own assets to take into account. These limiting factors lessen the scope for arguing that further provision ought to be made.

So, whilst on the face of it Thandi Wooldridge’s claim may seem excessive, a claim by a surviving spouse will be realistic if provision has not been made which reflects the lifestyle and assets that they enjoyed with their late spouse. However, it will always be balanced against the effect it will have on the remaining estate and the other beneficiaries. In this case, what Thandi Wooldridge sought was considered to be disproportionate.

There are a couple of other issues raised by this case that bear closer scrutiny:-

For more information, please contact John Clarke on 01803 206223.  John is a member of the Association of Contentious Trust and Probate Specialists and is an Affiliate Member of the Society of Trust and Estate Practitioners having been awarded the STEP Advanced Certificate in Trust Disputes. 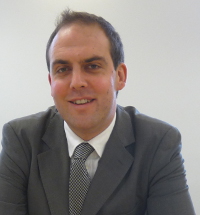 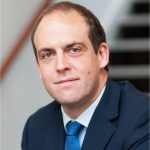 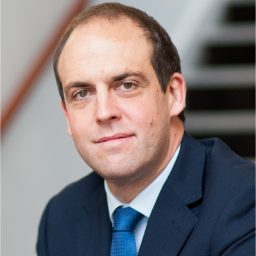 John is an Associate in our Inheritance & Trust Disputes team

This recent case involved a dispute between the family of the late Valerie Smith and a charity, the Woodland Trust. ...

Inheritance Claims – Changes On The Horizon