Hundreds of women who work in Tesco supermarkets across the UK could receive back pay totalling £20,000 if a legal challenge demanding equal pay with men who work in the company’s warehouse succeeds.

According to legal representatives instructed in the case, hourly paid female store staff earn less than men employed in the supermarket’s warehouses, even though the value of the work between the two is comparable. 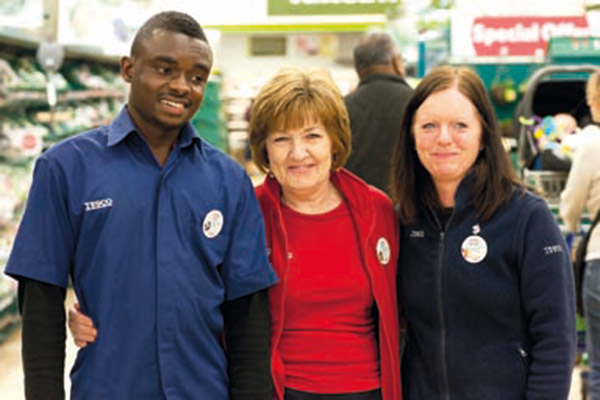 Reports suggest that over 1,000 members of Tesco staff have contacted lawyers, with first steps being taken for at least 100 of them. Initial claims have been submitted to ACAS and it has been suggested that even if a small proportion of the women submitting claims are successful, the bill for Tesco will be significant (with a figure of up to £4 billion being estimated).

The claims stem from a difference in hourly rates with the most common rate for women being £8 per hour, whereas the hourly rate for men can reach highs of £11 per hour.

It is estimated that up to 200,000 supermarket workers could be affected by the action being taken, with the majority of them being female.

So far, Tesco have remained somewhat quiet on the matter, and having signed up to a number of gender equality projects over recent years, the matter is likely to come as a surprise.

Whilst a spokesperson for the supermarket chain has briefly confirmed that staff were all entitled to progress equally and were paid fairly, despite their gender or background, it appears that staff disagree, with many alleging that the company – along with many other brands – are still failing to reward people equally.