Home> News & Insights>Insights>Is it a Sign of the Times that Prince Died Intestate?
Kitsons News
Back to results

Is it a Sign of the Times that Prince Died Intestate?

It has been reported in the worldwide press, that when the late music superstar Prince’s sister, Tyka Nelson filed probate documents with the Carver County District Court in Minnesota yesterday, that she could not produce a valid will in his name and therefore, it is believed, that he died intestate.

With a persona famous for exercising a tight control over his name, image, recordings and a music catalogue estimated on his death to be worth over $500 million with a reported 2.3 million songs and 580,000 albums sold since then; it is clear that Prince leaves behind an enormously complicated estate to be administered.

In the state of Minnesota, the ‘Laws of Intestate Succession’ provide that when someone dies without leaving a valid will, their estate passes by intestate succession to their heirs. As Prince died without a spouse, children or surviving parent, his estate will be shared equally between all of his surviving siblings and half-siblings, unless of course any of them decide to make a claim for an increased share.

Seemingly the petition filed by his sister Ms Nelson also listed five half-siblings as potential heirs, therefore, it is likely that the special administrator appointed by the court may face a lengthy family dispute, before the increasingly vast estate, can be settled.

At Kitsons, we are very experienced in administering intestate estates and managing all the interesting complications that they can bring. Just as in the state of Minnesota, our work in doing so is also governed by a statutory set of rigid rules. These are set out in the Administration of Estates Act 1925 and the Intestates’ Estates Act 1952 and divide your estate in a pre-determined and not necessarily, the most tax-efficient way.

At Kitsons, we believe passionately, that if you are spending your working life providing for yourselves and your loved ones – that making a will is essential. Rather than something to be avoided for fear of tempting fate, or delayed because you think that you don’t have the time, we believe that it should be seen instead, as a precious gift for those that you leave behind, be it your family, friends or charities. This is especially so if you have children, have recently been divorced, have other relatives or friends you wish to benefit, own property or have investments, savings or a business…particularly a vast music empire.

If you would like more information on making a will, estate planning or you need assistance managing someone’s estate then please do not hesitate to contact us, we would be delighted to help you. 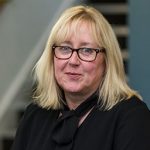 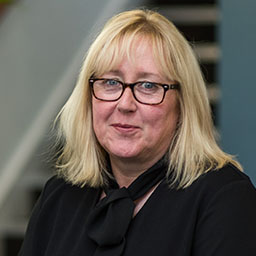 Marjorie CreekPartner and Head of Health, Social and Elderly Care

At Kitsons we understand that people with life limiting conditions such as advanced cancer, Chronic Obstructive Pulmonary Disease (COPD), heart ...

Managing Affairs For Someone Else With Lasting Powers of Attorney

According to the Alzheimer’s Society, there are approximately 850,000 men and women in the United Kingdom who suffer with dementia, ...