Celebrating 100 Years of Women in Law

2019 marks the 100th anniversary of the Sex Disqualification (Removal) Act 1919, which made it possible for women to qualify as barristers or solicitors for the first time.

Most people will be familiar with the saying, “men are from Mars and women are from Venus”, but less well known is that not so long ago, women weren’t actually considered people at all!  In a ruling which prevented women from qualifying as solicitors, the 1914 Court of Appeal case Bebb v Law Society (Gwyneth Bebb was an English lawyer) found that the entire sex of women failed to fall within the definition of ‘persons’.

In 1888, Eliza Orme became the first woman to gain a law degree, but it wasn’t until 1919 when the Sex Disqualifcation (Removal) Act came into force that four women with first class degrees from Cambridge were allowed to pass their law exams and become solicitors.

Once the 1919 Act was passed, determined, intelligent and inspirational women seized the opportunity which they had for so long been denied; to qualify and practice as solicitors.

Despite the many difficulties women have faced in the legal profession during the past century, women are continuing to make their mark on the profession and every achievement should be celebrated – Baroness Hale being named as President of the Supreme Court and becoming the first woman to lead the judiciary is a great example of this.

However, there is no room for complacency.  Today, women represent about 64% of newly qualified solicitors and nearly 50% of all solicitors.  However, at senior level, statistics show that of the approximately 30,000 partners in private practice, only 31% are women.  Also, Christina Blacklaws, who is the 174th president of the Law Society, is only the fifth woman to have held this office.  This is clear evidence that more needs to be done to promote gender equality within the profession.

Fortunately, with a mandate to represent, promote and support all solicitors, the Law Society now takes quite a difference stance to its 1914 opposition to Gwyneth Bebb and actively supports the promotion of women in law and works alongside legal businesses to achieve parity in the profession through the Women Lawyers Division (a Law Society community dedicated to meeting and supporting the needs of all women solicitors throughout their careers).

Earlier this year, Managing Partner, Rhodri Davey and Jenna Hamilton-Pursglove, Partner in our Residential Property Team in Exeter, attended the Law Society’s international symposium, “The Power of Gender Equality to Transform the Business of Law”.  The purpose of the event was to encourage industry experts and legal professionals from both UK and international practices to identify the steps needed and share knowledge to achieve gender balance and equality in the workplace.  One of the key initiatives Rhodri brought back from the symposium was the “Women in Law Pledge”, a joint initiative between the Law Society and Ministry of Justice which was launched at the event.  Rhodri is keen for the firm to sign up to this pledge as by doing so we will be committing to:

In the meantime, as we celebrate the centenary of women lawyers, we should remember the pioneering women from 1919 to the present day who through sheer determination have helped to make the legal profession a more inclusive, equal and fair community in which women lawyers can thrive and succeed.  Thank you to them all.

If you would like to know more about how Kitsons Solicitors can help you, contact us on 01803 202020 or e-mail advice@kitsons-solicitors.co.uk and talk to one of our experts today. 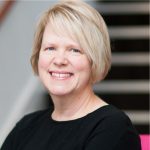 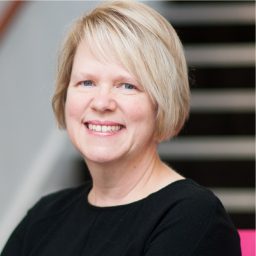 Louise is our HR Manager