A Guide to Setting Up a Community Interest Company

What is the difference between a limited company and a CIC?

A private company limited by guarantee is an incorporated association usually set up for non-profit making functions. These companies do not have a share capital so there are no shareholders. Instead, there are members who undertake to contribute a predetermined nominal sum to the liabilities of the company. In the event that the company is wound up, each member will be legally responsible for the contribution they had made. This is known as the “guarantee” and provides peace of mind to the members that form this legal entity. As these companies are non-profit organisations, if there were any profits, these would usually be re-invested to help promote the non-profit objectives of the company.

Is your company eligible to be a CIC?

A company will be eligible to be a CIC if it meets the following criteria:

The benefits of a CIC

The main advantage of a community interest company is that, by its nature, it can demonstrate that it has a clear commitment to pursue social objectives. It does not have the stigma associated with a “limited” company. This is valuable to companies seeking grant funding or philanthropic investment as donors and investors are more likely to have confidence in the integrity of the company. This is also assisted by the ongoing regulation of CICs.

In addition, a main characteristic of a CIC, and difference to a company limited by guarantee or shares, is that they cannot simply transfer their assets to anyone at any price. The sale of its assets must not be less than market value unless transferring them to another CIC or charity that is specified in its Articles or consented to by the Regulator. This is known as “asset lock” and ensures that CIC assets are not sold at an undervalue. Instead, the assets are devoted to the benefit of the community and not for rewarding members or directors of the company.

The disadvantages of a CIC

There is a greater administrative burden to manage a community interest company compared with a private company limited by guarantee. In addition to filing the standard accounts and confirmation statement each year, CICs must also prepare and file an annual community interest report to show that the CIC continues to satisfy the community interest test and its activities continue to benefit the community.  Therefore, if the social objectives behind the company are only met on a part-time basis, it is important to weigh up whether the additional formalities are worth the extra time and costs involved.

Furthermore, although the position is improving and it is recognisable by the “CIC company name ending”, many people will not be aware of the CIC model and people may feel more comfortable donating their time and money to charities instead, so the benefit of a CIC over a company limited by guarantee is potentially minimal in this respect.

Directors/members may feel that the CIC asset lock is too restrictive as they cannot transfer their assets freely (as described above). As such, the legal framework of a company limited by guarantee may be more desirable to directors/members as the assets can be transferred freely, depending on the nature of the business.

It is also worth noting that the Regulator has powers of intervention, which include removing or appointing directors, transferring property or shares belonging to the CIC and taking action in the name of the CIC, whereas companies limited by guarantee are not subject to this additional supervision and regulation.

Procedure to convert to a CIC

It is possible for a limited company to convert to a CIC. One of the requirements is that the company will have to alter its Articles to comply with CAICE 2004 and the Regulations as well as state that the limited company is a CIC. A CIC can use specifically drafted Articles, although the Regulator does have prescribed form Articles. It is important to know that there are certain statutory clauses which are mandatory and cannot be amended unless the statutory requirements themselves change.

One of the mandatory statutory clauses is the “asset lock” (as discussed above) clause  which is designed to ensure the assets of the CIC are not given away for less than market value and used for the benefit of the community. Any provisions which are inconsistent with CAICE 2004 and the Regulations will be of no effect.

One important point to make is that although a company can convert into a CIC, once converted, a CIC cannot revert to being a limited company. Under s.53 of CAICE 2004, a CIC can cease being a CIC by a dissolution or conversion to a charity or a registered society.

Alternative to converting a private limited company to a CIC

As alluded to above, one of the primary reasons for converting a company limited by guarantee to a CIC company is to remove the stigma attached to a company with a ”limited” status that some misinterpret as being profit-making. However, although under s.59(1) of the Companies Act 2006 (CA 2006), almost all limited companies are required to have the word “limited” or “ltd” at the end of their name, a company can apply to the registrar to be exempt (s.60 of CA 2006) if certain criteria are met. The criteria for a company limited by guarantee are set out in s.62 of the CA 2006.

In order for the company to satisfy the exemption, its Articles must state that it:

This may therefore be a less burdensome way of achieving the goal of protecting the not-for-profit reputation, without having to go down the formal conversion route to a CIC which would involve compliance with further regulations.

In summary, it is dependent on the business whether the additional regulations and requirements provide a tangible benefit or hinderance for the business. Becoming a community interest company is a commitment by a company which provides reassurance to stakeholders, as the asset lock and community purpose are regulated. It further provides a higher profile for social enterprises and non-for-profit companies. If you would like to discuss the process of incorporating a CIC or converting a limited company to a CIC, please contact our Business Team. 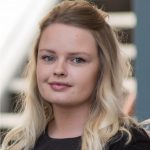 Need advice on an issue relating to corporate?
Please contact me directly with this form 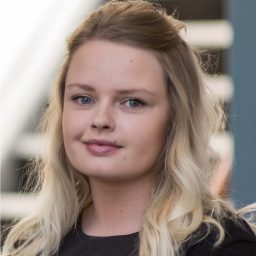 Hannah is a Trainee Solicitor in our Litigation team